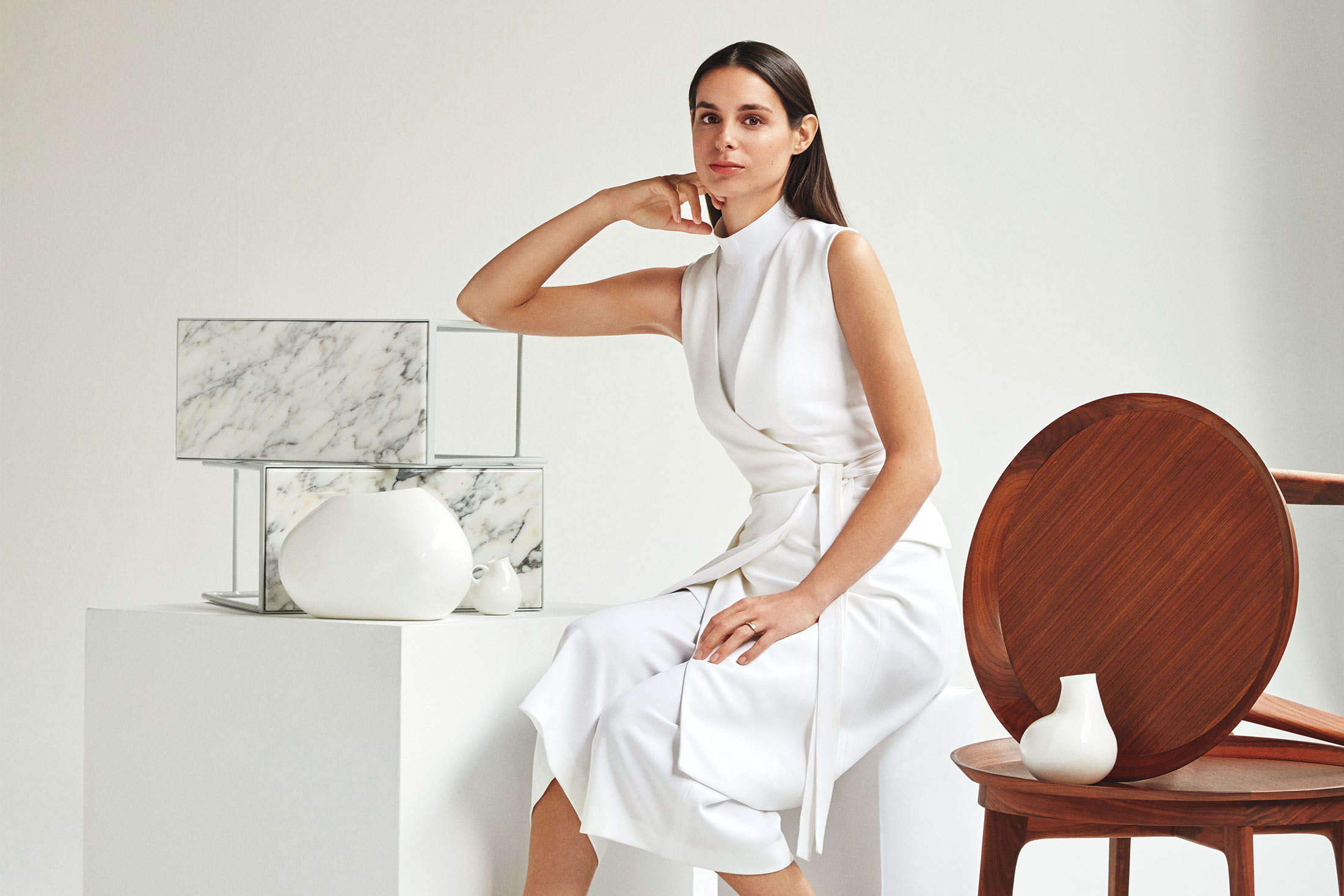 The best advice designer Ignacia Murtagh ever received was from a teacher who told her to emphasize what was memorable. For Murtagh, that meant creating objects steeped in the setting of her own South American childhood but with a subtle, almost Scandinavian twist.

After studying at the Royal Danish Academy of Fine Arts, Murtagh, now 27, produced a limited-edition series of tables with ceramic tops that she fired in the kiln at her studio in Chile. They sold out almost immediately. Next, she partnered with American manufacturer Bernhardt Design to make versions in walnut and cherry with angled, sculptural tops. She named them Los Andes Tables (below right in the photo), a tribute to the silhouette of the mountains that surround Santiago.

Murtagh’s next project is a ceramics collection with design firm LR Paris, out this fall. Tables from $1,751;