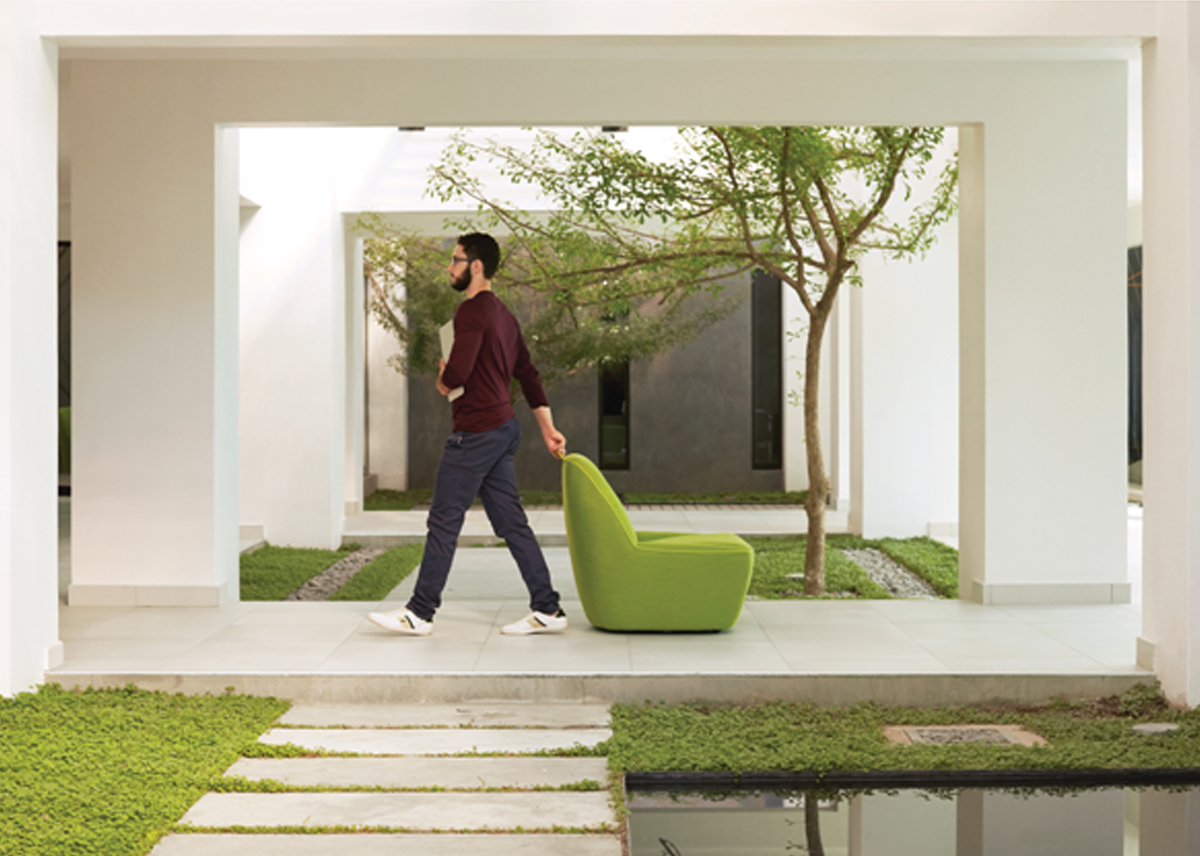 It’s a snap to have the most comfortable chair in the room follow you – with Harry and Claudia Washington’s new Diego lounge. Named after their four-year-old son who keeps them on the move, the Salvadoran designers wanted to create a casual, yet functional chair that adapted to their lives at home and in the studio.

Relaxed in appearance, generously scaled and smartly tailored, Diego surprises with its functionality. Harry Washington explains, “Our inspiration came from vintage racecar bucket-seats that give a very different kind of hold to the body. We wanted to translate that into a lounge chair, which is not something we had ever seen before.” Multi-density memory foam on the seat and back enhances comfort, while weight-locking casters provide easy movement and placement.

Diego features a discreet magnetic tab which automatically snaps into place, allowing it to be pushed or pulled with little effort. “The handle is one of the most interesting design elements,” comments Claudia Washington. “When we incorporated it into the back of the chair, we envisioned it being used in collaborative spaces where a lot of movement is required.” 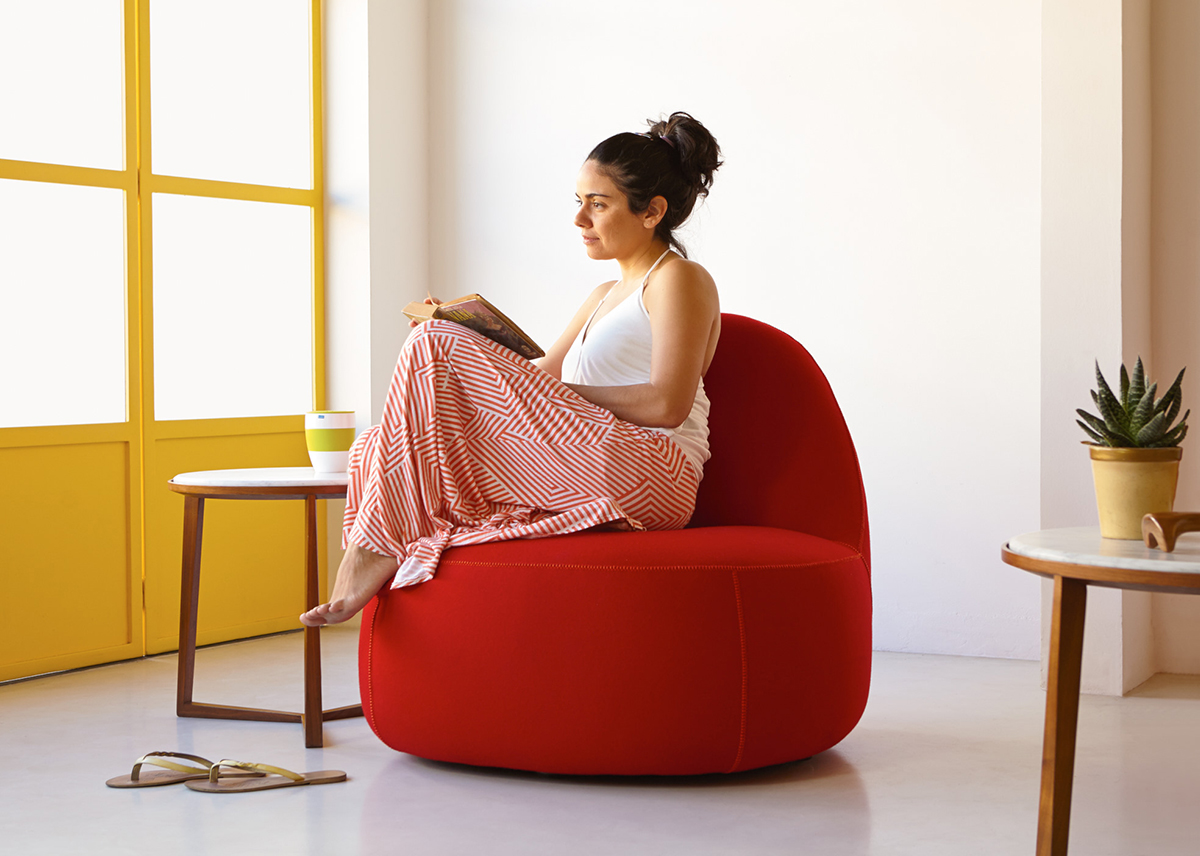 Jerry Helling, President of Bernhardt Design, notes, “Lounge chairs are no longer static objects. They need to adapt and move with us, supporting our ever-changing needs and activities. Harry and Claudia’s solution is clever and discreet. Diego’s remarkable comfort, combined with the magnetized pull for mobility, achieves that objective.”

Providing a blank canvas to mix and match contrasting fabrics and textures, Diego offers customizable options to highlight the handle and welt detail that traces the perimeter. The seat’s accentuating edges also embrace the user without restriction.

Diego will be available in May 2018 with upholstery options including Bernhardt Textiles, felt, leather, and any customer’s own material (COM). 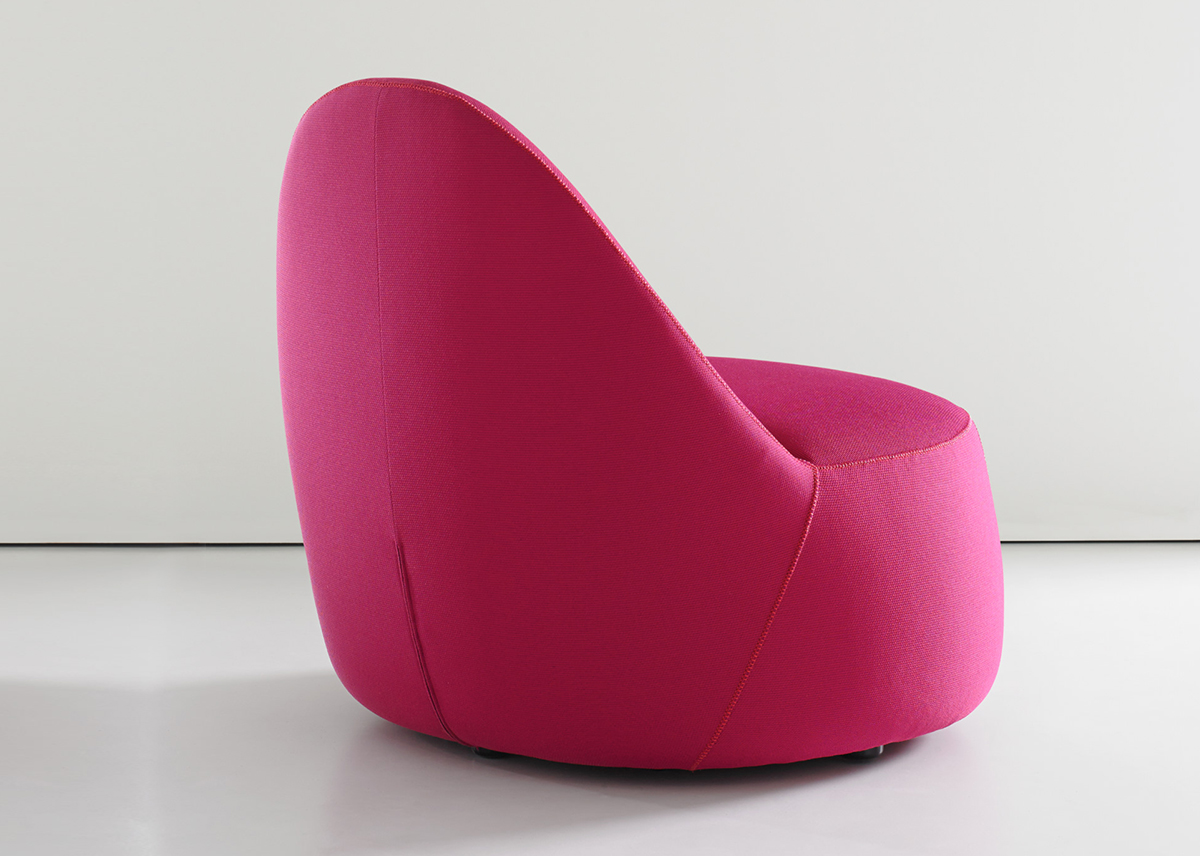 ABOUT HARRY AND CLAUDIA WASHINGTON
Harry met Claudia in 2001, while they were both earning degrees in interior design at the University of Applied Arts in San Salvador. They founded their design studio DUE in October 2004, motivated by the shared desire to create atypical furniture pieces suited to modern spaces. In 2005, they expanded their studies in furniture design at the Instituto Europeo di Disegno in Milan. Upon their return, they created their design lab called FabricaDUE, which operates through artisan techniques and local manual labor to manufacture the designs generated in the studio. Their works include residential interior architecture, space planning, retail interior design, and the creation of branding concepts for retail stores. Their clients include: Albacrome, the largest publisher in Central America; Hush Puppies; and La Estacion.

Their early work in furniture design began with three lounges named L’Astiko, Lola, and Olga, which were initially exhibited at Contempo. After winning Contempo, a USAID sponsored design competition in El Salvador, they were invited to exhibit their work at ICFF 2008 in New York. Their six-piece collection of sofas and tables, Calibra, was part of Bernhardt Design’s 2009 Global Edition. Presently serving as judges for Contempo, they are also consultants for the USAID team, focusing on showcasing strategies for up-and-coming designers.

Harry and Claudia teach classes in Furniture and Interior Design at the University of Applied Arts in San Salvador. In El Salvador, both Harry and Claudia are frequent lecturers at the University of Applied Arts, The Esen Business School, and the Monica Herrera Marketing School. In conjunction with the Museum of Art in El Salvador and Central American University, they are currently organizing a series of workshops and lectures focusing on strengthening furniture design skills. Their works are exhibited at the Marte Museum of Art in San Salvador. 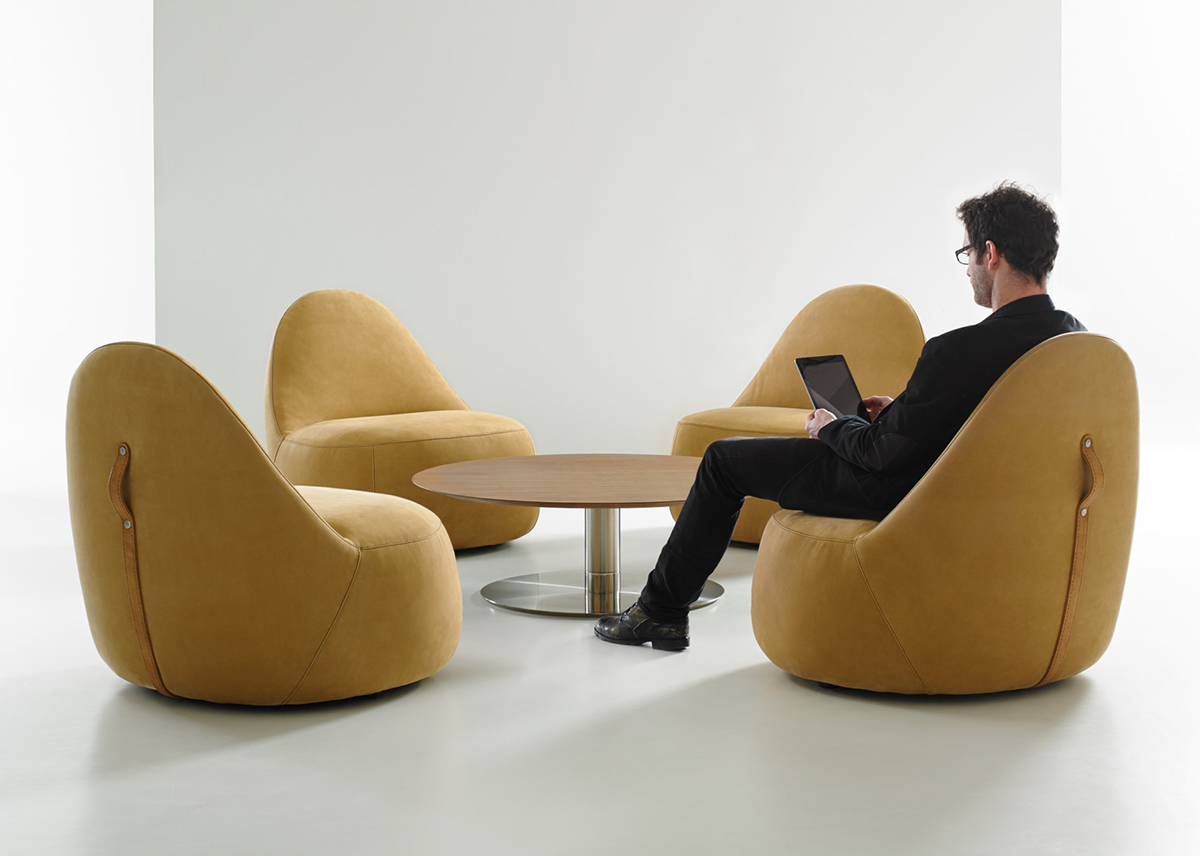 Setting a precedent for leadership within the corporate community, Bernhardt Design founded and annually sponsors an interdisciplinary course with the world-renowned Art Center College of Design in Pasadena, challenging students to create world-class designs for mass production. The company also sponsors the ICFF Studio, a scholarship program that provides emerging design talent exposure to manufacturers, retailers and media from around the world. In a collaborative partnership with creative consultancy Aruliden and The School at Columbia University, Bernhardt Design initiated the Tools at Schools project introducing design into the school’s 8th-grade curriculum.

American Design Honors, an annual award to recognize the most noteworthy American designers, was established by Bernhardt Design in 2010. Internationally, Bernhardt Design supports young designer through their sponsorship of The Carrot Concept, a cooperative conceived to advance the design profession in El Salvador, and America Made Me, a program to promote new brands and young American design talent abroad. 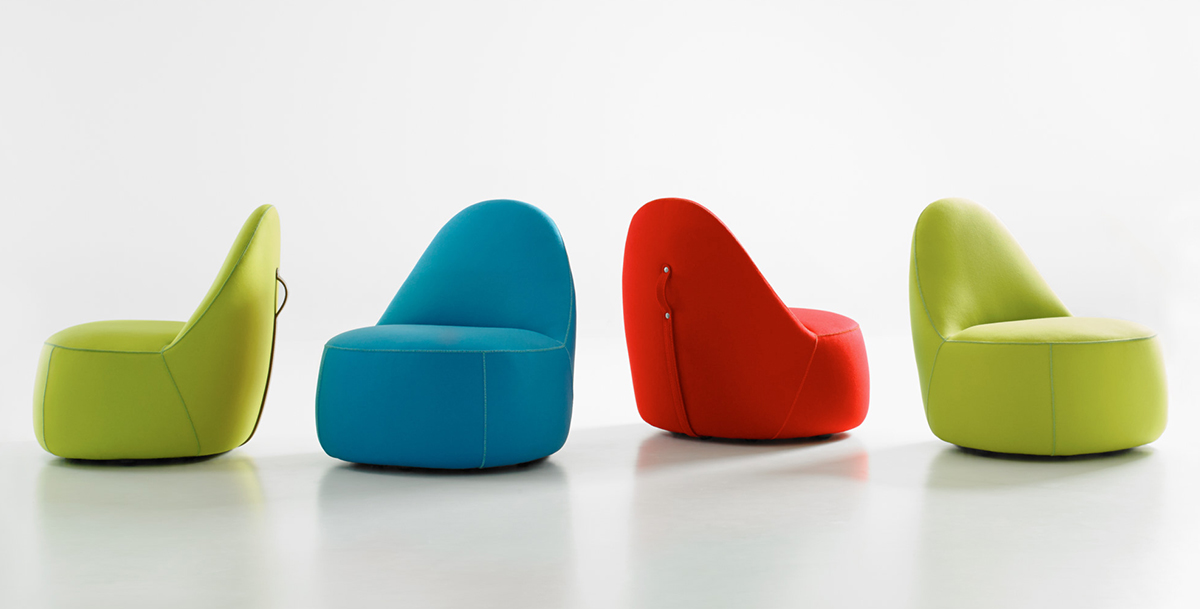