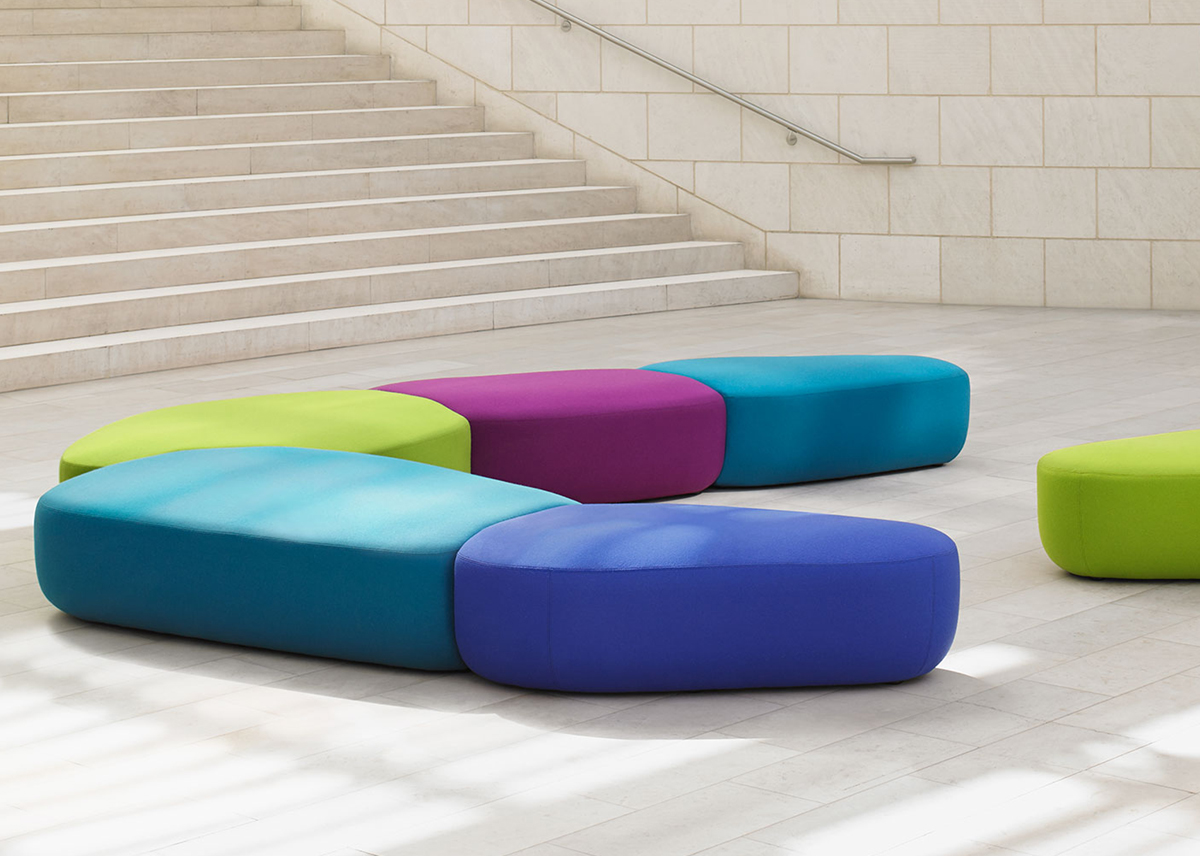 A common childhood memory is of time spent playing outdoors and the sense of wonder and adventure the natural world inspired. As French designer Noé Duchaufour-Lawrance demonstrates
with his new Colours Collection of upholstered benches for Bernhardt Design, these simple childhood memories can provide fertile ground for exciting new ideas.

“When I was young, I loved playing in streams and rivers, and stepping stones were central to my adventures. They formed paths from one side to the other and were places to stop and observe the
world,” says Duchaufour-Lawrance. “I wanted to create that experience with furniture where people could congregate, reflect or simply relax.” As a result, Duchaufour-Lawrance created a flexible seating system
of elegantly simple shapes.

Colours is comprised of twelve fully-upholstered pieces that can either stand alone or be combined in different ways. Designers can configure large groupings in open lobbies and atriums, or linear arrangements in hallways and corridors. Individual benches can complement large groupings or anchor smaller areas. 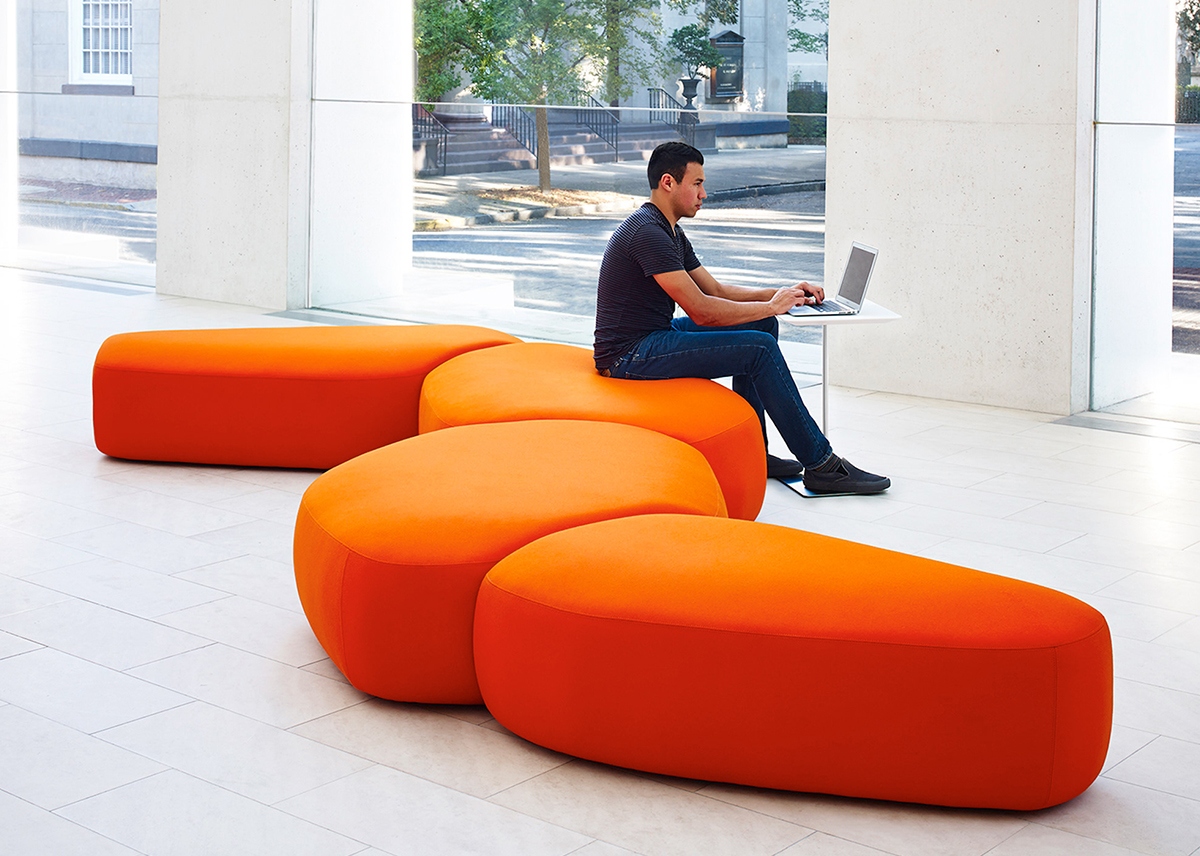 “Noé is a keen observer of the world around us, and with Colours, he has distilled a very particular experience with nature into a relevant, practical and organic collection of products,” says Jerry Helling, President of Bernhardt Design. “The collection is ‘organic’ in all senses of the word – with gently rolling shapes and free form configurations, it feels almost natural.”

“The irregularity of these shapes and the fluidity of the groupings help create a very inviting visual in an architectural world that is relatively linear,” states Duchaufour-Lawrance. With Colours’ mixture of faceted and rounded surfaces, designers can assemble flexible groupings to support different ways of congregating. As with much of Duchaufour-Lawrance’s work, the organic shapes are balanced with crisp tailoring and details. Soft curves create visual interest while saddle stitch detailing inserts geometric structure.

Colours is the latest project in an ongoing partnership between Duchaufour-Lawrance and Bernhardt Design that has resulted in some of the brand’s most successful and recognizable products. In 2010, Duchaufour-Lawrance turned the concept of craft on its head with the beautifully hand-made and contemporary Corvo chair. Two years later, he presented Catherine, a contemporary club chair in wood and upholstery, and Chiara, a minimalist pedestal chair meant as a refuge from our hyper-connected world. Most recently, Duchaufour-Lawrance designed the Cinema modular lounge collection for Bernhardt Design. 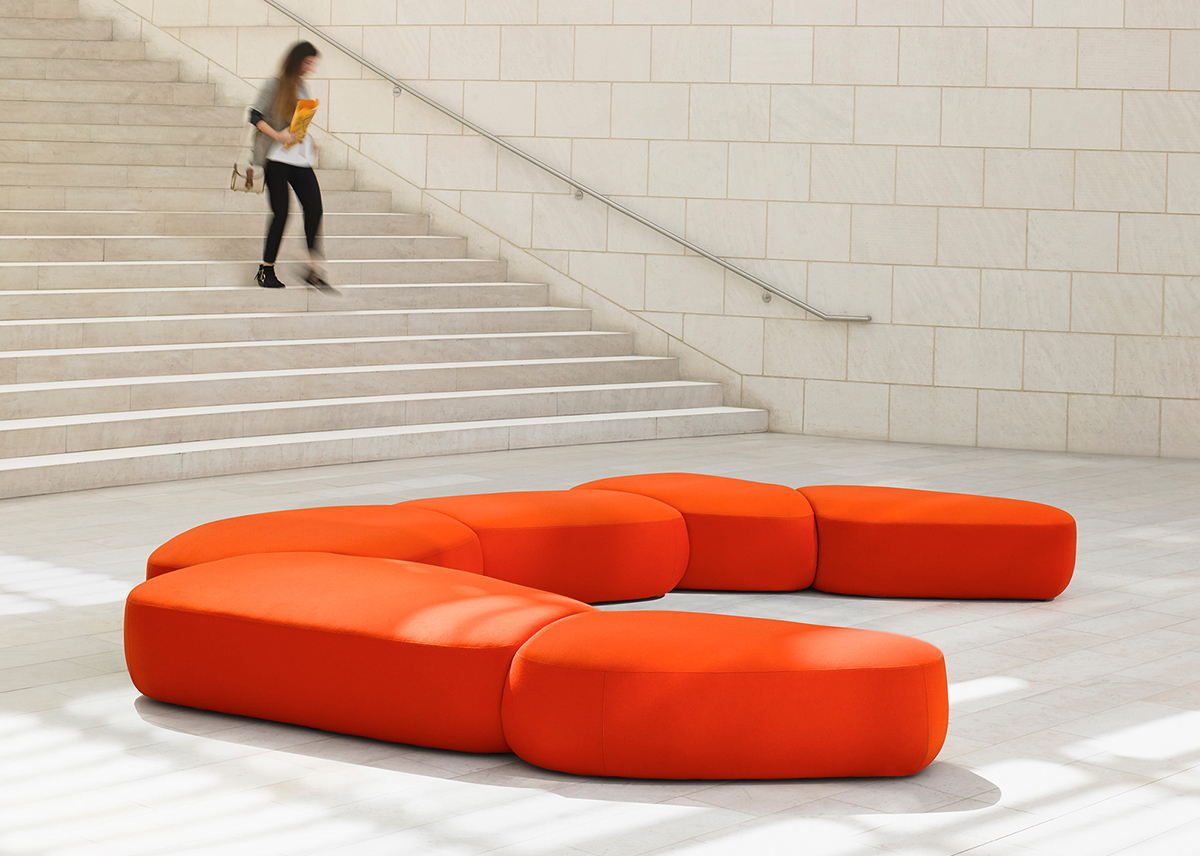 ABOUT NOÉ DUCHAUFOUR-LAWRANCE
Born in South France in 1974, Noé Duchaufour-Lawrance is a designer of objects and interior environments. Following in the footsteps of his father, a sculptor, his artistic interests developed at an early age. Growing up in this creative atmosphere, he had the opportunity to define his own language: using natural shapes with smooth and organic lines which remain fluid and structured at the same time. After earning a degree in Metal Sculpture from the École Nationale Supérieure des Arts Appliqués et des Métiers d’Art, he studied furniture design at the renowned Les Arts Décoratifs. Fueled by his rich creative background, Duchaufour-Lawrance explored new boundaries and rapidly became involved in unusual projects that enabled him to define and create his own aesthetics and style.

In 2002, he served as artistic director for the Sketch restaurant in Soho, London, and his bold design of the interiors soon transformed it into one of the most sought-after venues in the city. Having garnered worldwide acclaim for the Sketch project, Duchaufour-Lawrance established the creative studio Neonata, meaning “New Birth” in 2003. Functioning as a think tank and a research laboratory, Neonata’s team under Duchaufour-Lawrance’s direction “gives birth” to design and interior architectural projects that convey a sense of perfection down to the last detail.

In a dramatic makeover for the high-end gastronomic restaurant Senderens, Duchaufour-Lawrance complemented and contrasted Majorelle’s historic wood-panels with luminous tables and engraved mirrors giving a contemporary twist of design to the Art Nouveau interiors. 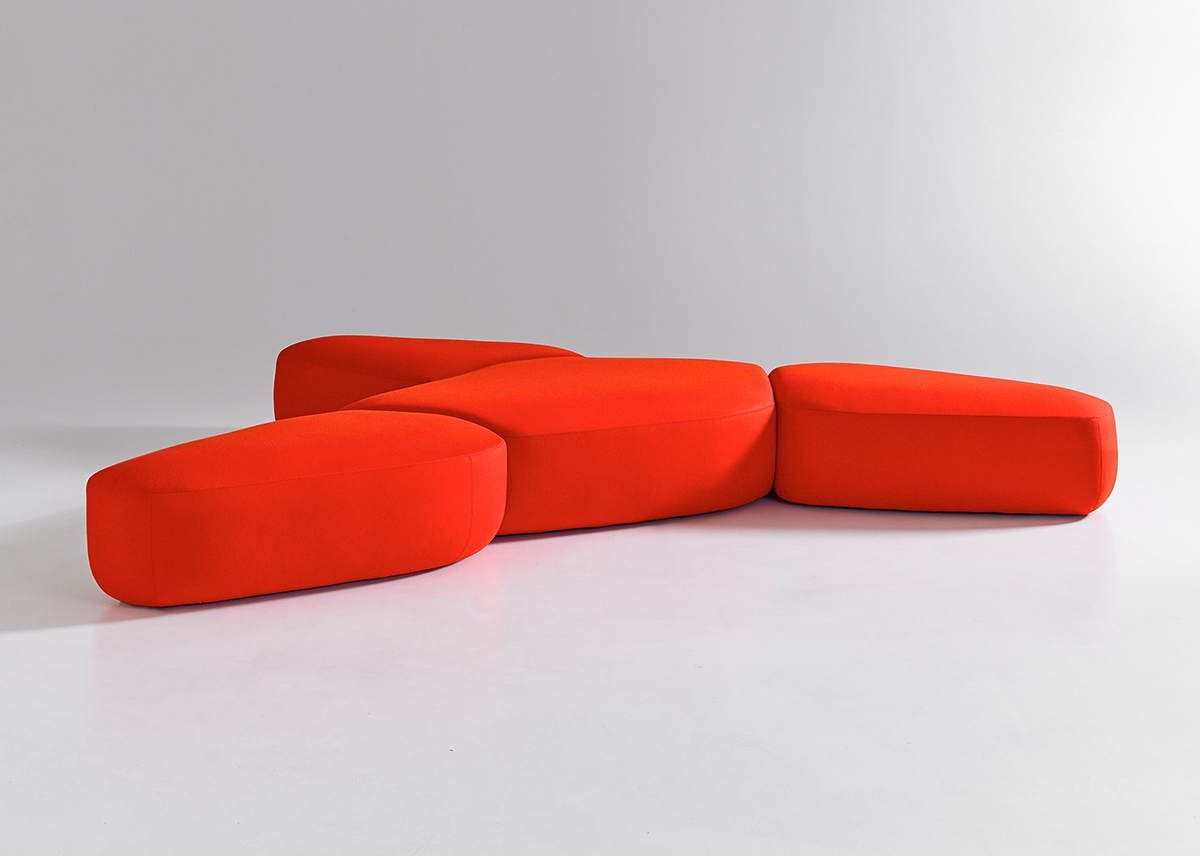 In 2007, Duchaufour-Lawrance received the prestigious Maison & Objets Créateur de l’Année award. In the same year, he designed the new interiors of the Maya Bar in Monaco, rejuvenated the famous Maison Sénéquier in St Tropez, and in collaboration with Brand Image created the new visual and architectural identity of the Air France business class lounges. Subsequently, in 2010, he began designing retail concepts for clients, such as Yves Saint Laurent and the BSL Gallery in Paris.

identity of the Air France business class lounges. Subsequently, in 2010, he began designing retail concepts for clients, such as Yves Saint Laurent and the BSL Gallery in Paris.

His expanding acclaim for creating distinctive dining spaces led to new interiors commissions including Le Ciel de Paris in the Montparnasse Tower and Megu, a Japanese restaurant in Gstaad, Switzerland. Most recently, in 2013 he completed the private dining room for Chateau d’Yquem in the Parisian hotel Le Meurice and a chalet in St Martin de Belleville.

Finding inspiration in nature, his series of “Down Side Up” vases resemble round pebbles; his office ensemble “Landscape” created for Longchamp takes the form of a moving landscape; and his furniture for Ceccotti – including the iconic Manta Desk – appears as an elegant mix of intertwined curved lines and ramifications.

His achievements also include international successes for his design of Rémanence, a candelabra designed for Baccarat; a perfume bottle in the shape of a gold bar for Paco Rabanne; and award winning furniture collections for Bernhardt Design. He has been included in a number of international design exhibitions and his limited edition work has been featured at Art Basel and Design Miami.

Taking a proactive approach to sustainability, Bernhardt Design is one of the first furniture companies to have achieved level® certification, BIFMA’s multi-attribute standard assessing the environmental aspects of products, processes and facilities.

Setting a precedent for leadership within the corporate community, Bernhardt Design founded and annually sponsors an interdisciplinary course with the world-renowned Art Center College of Design in Pasadena, challenging students to create world-class designs for mass production. The company also sponsors the ICFF Studio, a scholarship program that provides emerging design talent exposure to manufacturers, retailers and media from around the world. In a collaborative partnership with creative consultancy Aruliden and The School at Columbia University, Bernhardt Design initiated the Tools at Schools project introducing design into the school’s 8th-grade curriculum.

American Design Honors, an annual award to recognize the most noteworthy American designers, was established by Bernhardt Design in 2010. Internationally, Bernhardt Design supports young designers through their sponsorship of The Carrot Concept, a cooperative conceived to advance the design profession in El Salvador, and America Made Me, a program to promote new brands and young American design
talent abroad.