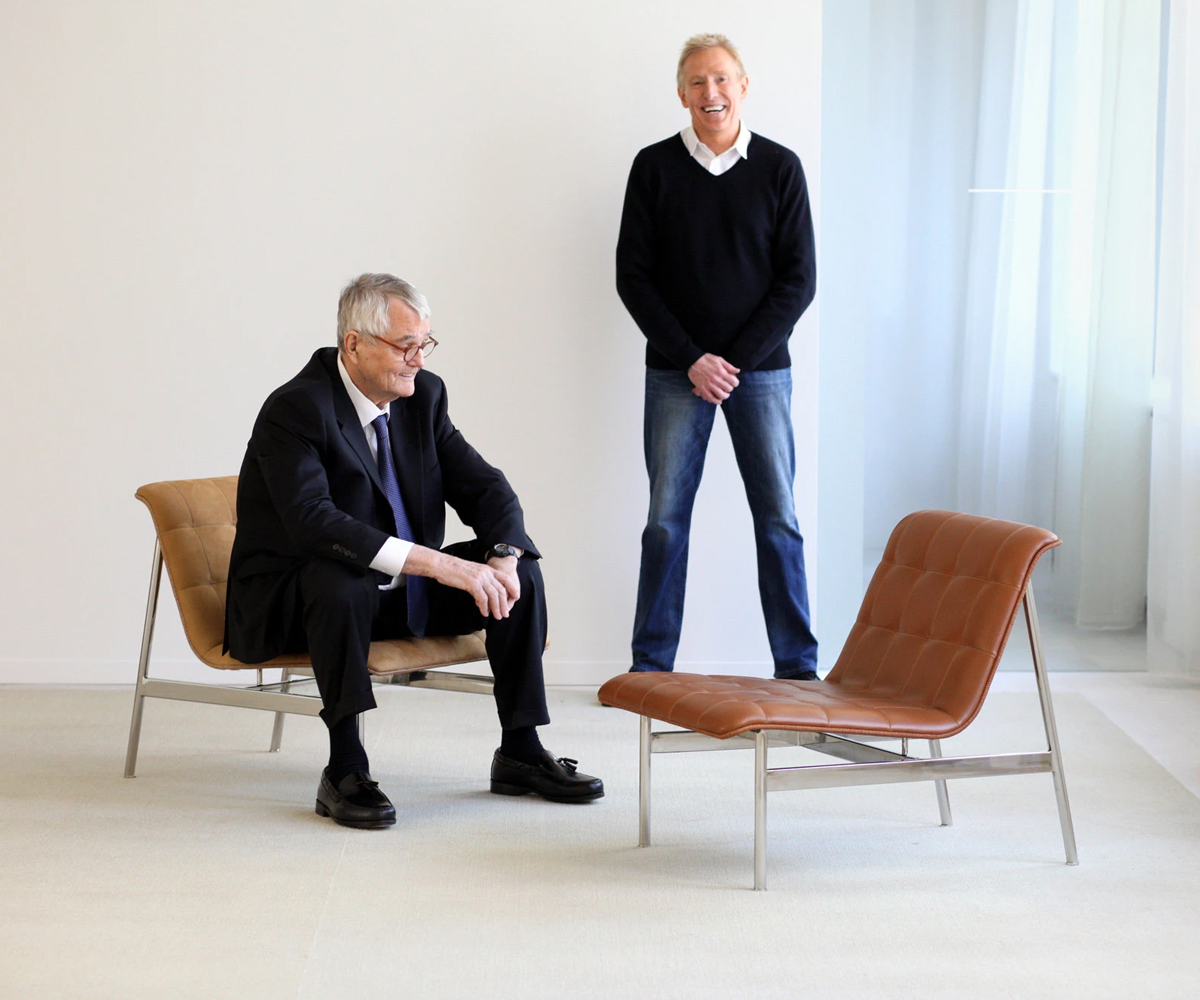 The Pollock Executive Chair, introduced in 1963, was one of the most popular office chairs of its time. To this day, it’s a mainstay of the Knoll Collection. But what of its designer, Charles Pollock?

The Michigan native graduated from Pratt Institute and worked for George Nelson, who ultimately gave him credit for designing the classic 1958 Swag Leg Armchair for Herman Miller (it is still often attributed to Mr. Nelson). But with the exception of that and the Penelope chair, created for Castelli in 1982, he designed very little in the years that followed, and many in the furniture industry assumed he was dead.

That is, until Jerry Helling, president of Bernhardt Design, went in search of him. The Pollock chair, Mr. Helling explained, “was the first chair that made an impression on me when I came into this industry over 20 years ago.”

“In the past 10 years there’s been all this talking, reading and filmmaking about our midcentury designers, yet nothing had been said about that chair or Charles Pollock,” he said.

And when he tried to get more information about Mr. Pollock, he always hit a dead end, which fueled his curiosity.

“When I started researching, I found 30 Charles Pollocks, then I narrowed it down to three who might be him,” Mr. Helling said. Armed with a list of addresses, he visited one or two every time he came to New York. When he finally located the right one, he said, “I dropped off a letter and package about who I was and said I’d love to meet him, and if he was ever interested, would love to talk about doing something.”

Mr. Pollock, it turned out, was living on the Upper West Side. He had been told he had bipolar disorder in the 1950s, but that had not stopped him from making furniture into the 1980s. But when a chair he created for Olivetti never saw the light of day because of the company’s financial difficulties, Mr. Pollock abandoned design and began producing paintings and sculptures instead.

Defined by the idea of comfort, this sofa reflects how the Phantasy Landscape has entered our living rooms. Philippe Nigro perched the plush upholstered seat on extremely slim wooden legs, managing to give it a sense of lightnessThe CP lounge chair, his first chair in nearly 30 years, will be introduced at the International Contemporary Furniture Fair at the Jacob K. Javits Convention Center May 19 to 22. Mr. Helling plans to display it and Mr. Pollock’s other designs in the Bernhardt Design booth.

Mr. Pollock, now 81, recently talked about what it’s like to return to design.

What did you think when you got this letter out of the blue? “Finally, someone remembers me?”

No, I felt this was another Florence Knoll-type of opportunity, which you normally don’t get. You know, after Pratt and a brief time in the Army, I went and worked with George Nelson, Charles Eames, Florence Knoll and Saarinen — that was my school after school. But that opportunity isn’t there anymore. Usually if someone contacts me, I get a fat marketing guy who has no idea what it’s all about.

How long did it take to create the chair?

Was the process different this time?

Everything was done on paper. I loved doing it that way.

You didn’t feel like you were missing out by not having to build and rebuild prototypes, like you did with many of your other designs?

It’s too much work. Especially when you get older. I do a lot of work on computers, but I am so practiced in drawing that I can draw it full size and you can take the measurements off my drawings. It’s like drafting, but it’s a work of art, a really beautiful drawing. So I gave him the drawings; he came back with prototypes. It was exactly what he wanted.

Was it what you wanted?

It turned out slightly different from my original drawings. He asked if I could do something that looked more free, more fluid, than my original drawings. And even though he didn’t say much, I knew exactly what he wanted and I did a whole new series of drawings. And this is what we ended up with. I like it — this chair has an upholstered rim, which is the neatest-looking thing you ever saw.

You are a tall man known for designing ergonomic chairs. Was that because you couldn’t find a comfortable chair for yourself?

No, I’m an industrial designer. Every other piece of industrial design is a pot or a dish or something insignificant. But when you have a chair, it’s like a sculpture of a person, it’s alive. It’s big. You can’t miss it. It’s a “look at me!” item.

Speaking of a “look at me” chair, the original Pollock Executive Chair still looks modern today. How do you explain its lasting power?

A version of this article appears in print on May 10, 2012, Section D, Page 2 of the New York edition with the headline: Charles Pollock on Coming Back to Furniture Design After a 30-Year Hiatus.