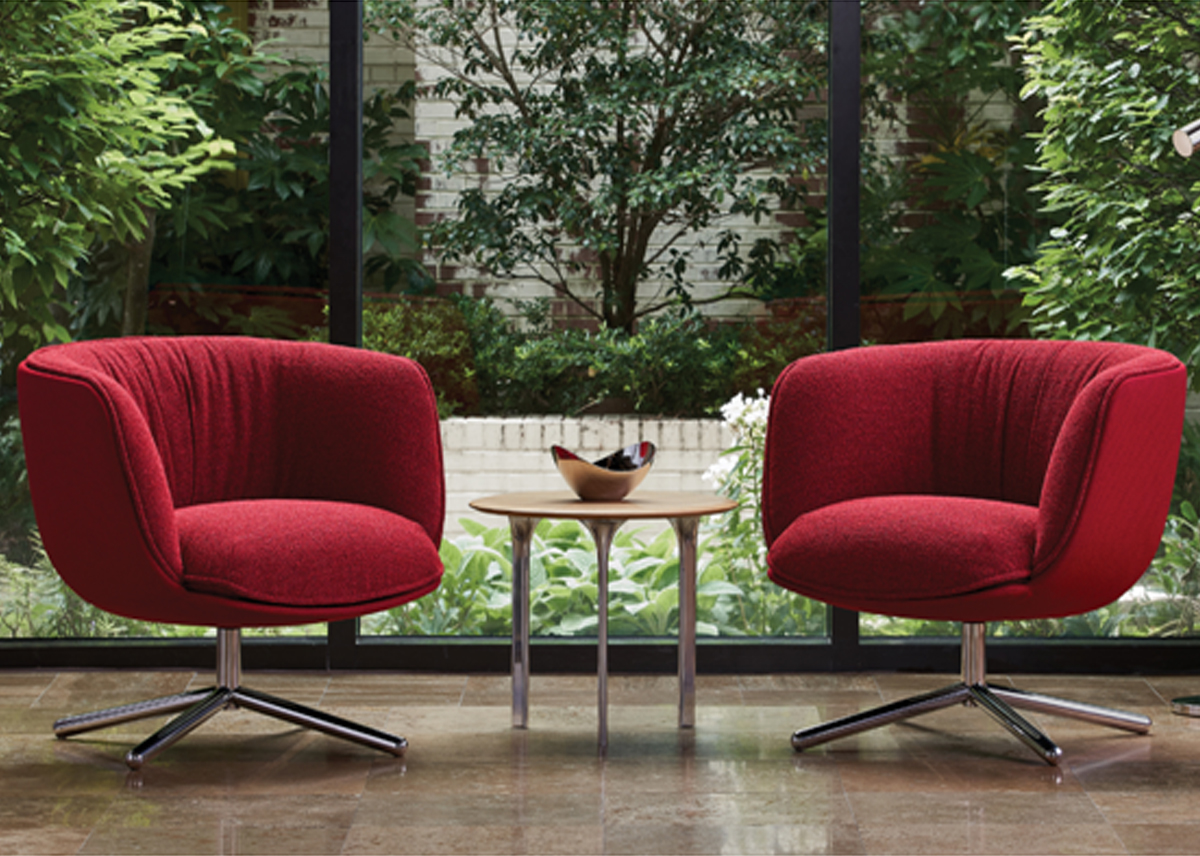 Bernhardt Design introduces the Bombom chair by Italian designer Francesco Favaretto. A distinctive lounge chair as comfortable as it is functional. Although function is nowadays often forgotten for the sake of aesthetic Favaretto has insisted on focusing on both. “It should be beautiful but also perfect for a nap and to rest our arms.” To achieve this goal, he took his inspiration from the Kraphen — a German pastry similar to a donut but without the whole — and you can feel it. Appealing to the eye yet fondant to sit in.

Jerry Helling, President of Bernhardt Design states, “The chair is deceiving as it looks like a typical barrel chair and then you sit in it and you are shocked by how comfortable it is.”

Bombom is a game of contrasts. “I liked the juxtaposition of having a very thin structural shell and a very generous interior. It is hard where it should be hard and soft when you are in it”, adds Helling. This achievement is due to the absence of a metal structure inside a cushion made in injection molded polyurethane foam. Thelower base is, on the other hand, supported by an angular swivel, buildfrom a 25mm steel tubing. Very sturdy. From the stylistic tension between the informal and imposant soft organic cushion, justified by the formal precise nature of the structural frame, the chair seems to be held in levitation. 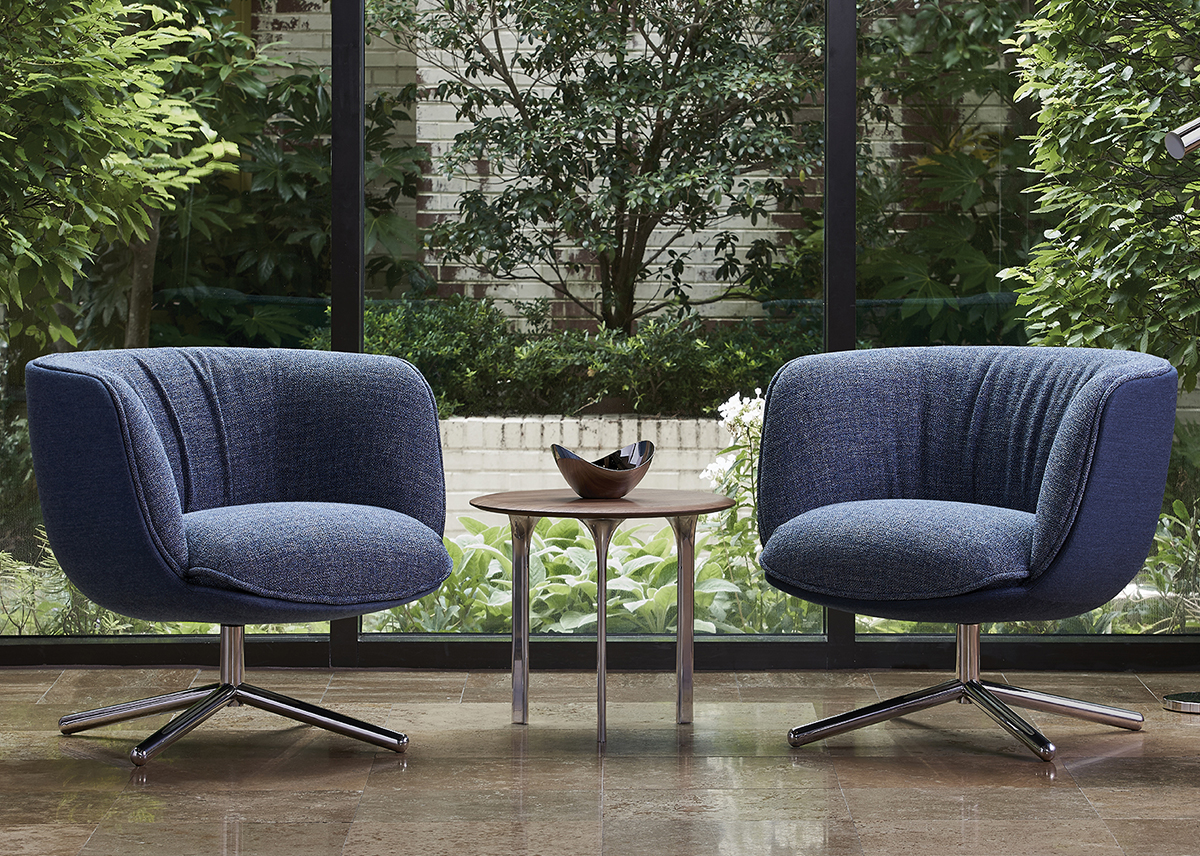 The softness goes hand in hand with the rounded shape of the cushions. Thus, Favaretto moves forward with the ongoing trend of sharp, rigorous, and dry lines. He emphasizes the absence of angles allowingBombom’s exterior and interior cushions to gracefully merge together; creating a harmonious and playful form. In a whole, by focusing on its softness, Favaretto created a timeless seat which easily bends into any environment.

Due to its size and varied finishes, Bombom integrates luxurious comfort with a modern appeal and is available with upholstery choices including Bernhardt Textiles, leather, and customer’s own material (COM). The base comes in polished stainless steel or a matte black powdercoat. 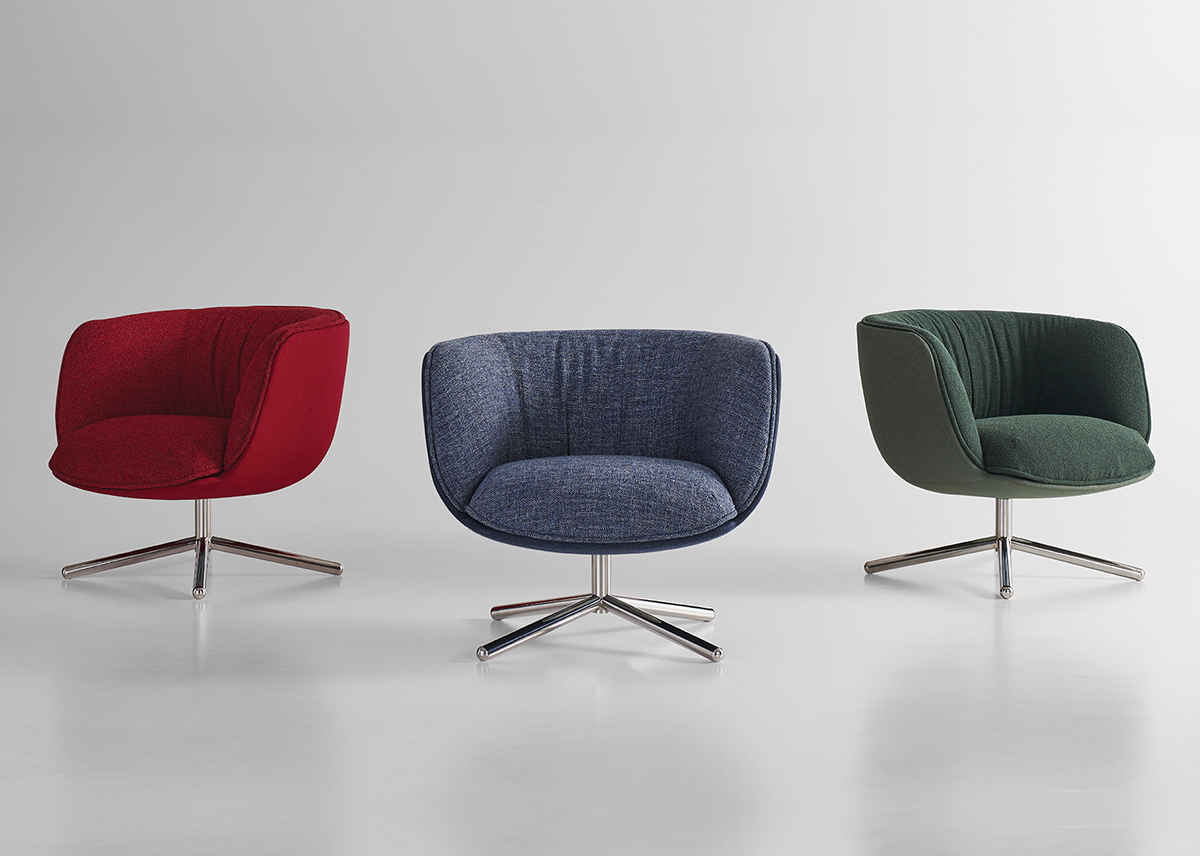 ABOUT FRANCESCO FAVARETTO
Francesco Favaretto was born in Padua, Italy in 1983. As the son of designer Paolo Favaretto, his childhood was surrounded by an influence of industrial design and interior architecture. After graduating from an arts-based high school, he studied Industrial Design at the IUAV in Venice.

As a student he was a founding partner of clothing company MOFO, and currently continues in the art direction, guiding the production and communication of the collections today.

In 2009 Francesco partnered with his father, transforming the company into Favaretto& Partners Design Studio. Francesco extended the studio’s design capabilities to cover new areas of design, both tangible and digital. 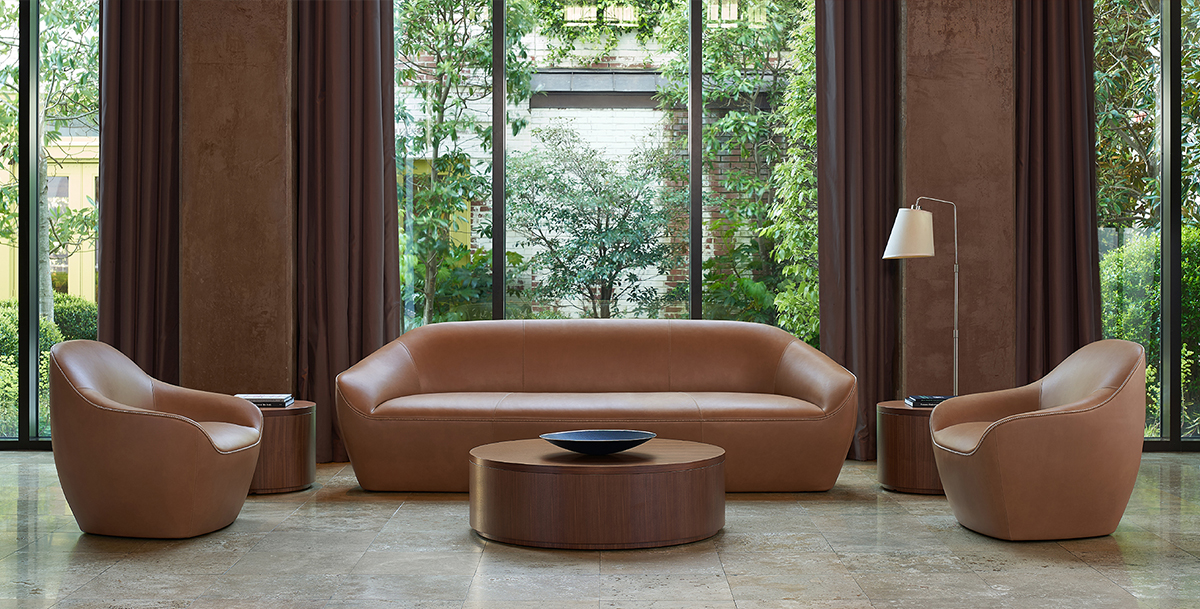 Favaretto& Partners supports and practices the principles of Design for All, a declaration accepted by the European Commission and promoted by the IIDD (Italian Institute Design Disability, today known as DFA Italy), which is in favor of good design practices that aim to ensure the accessibility of places and objects to the widest range of users. Outside of designing products, Francesco is a guest lecturer at the University of Architecture and Design of IUAV of Venice. 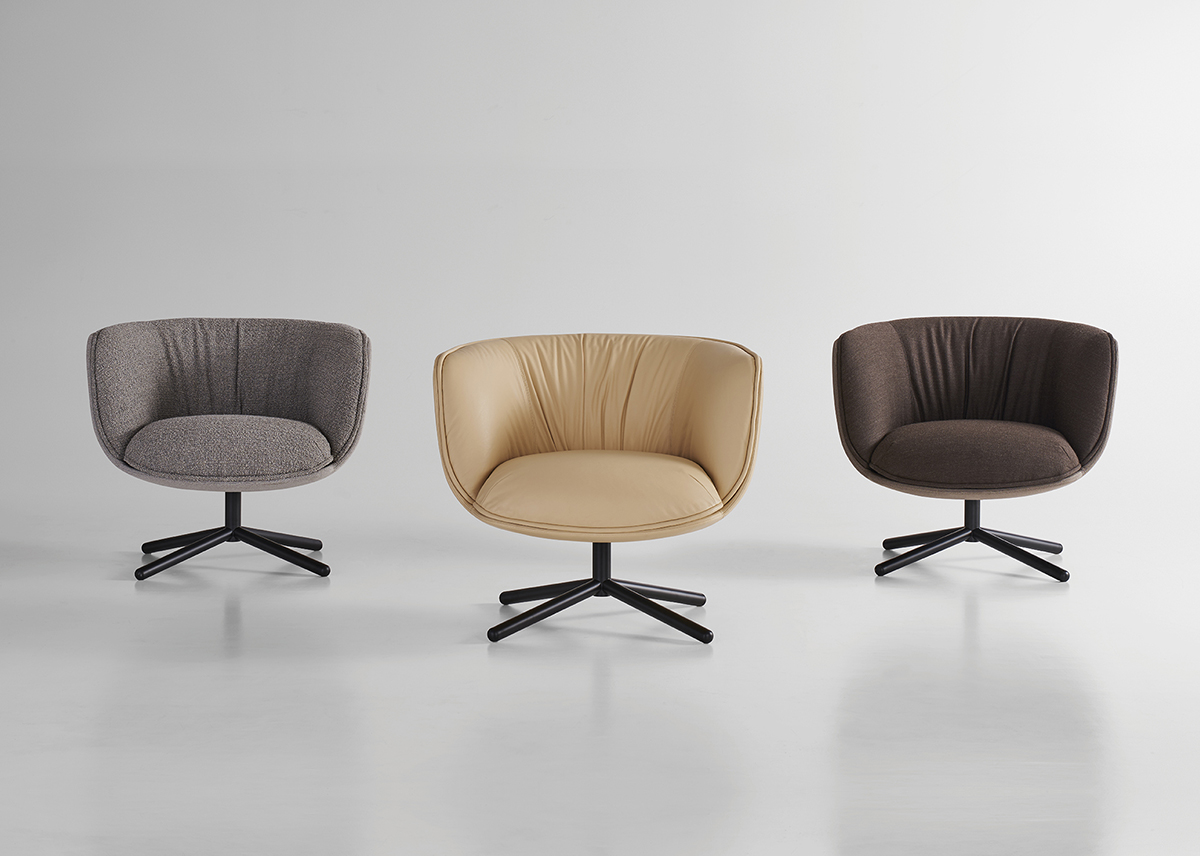 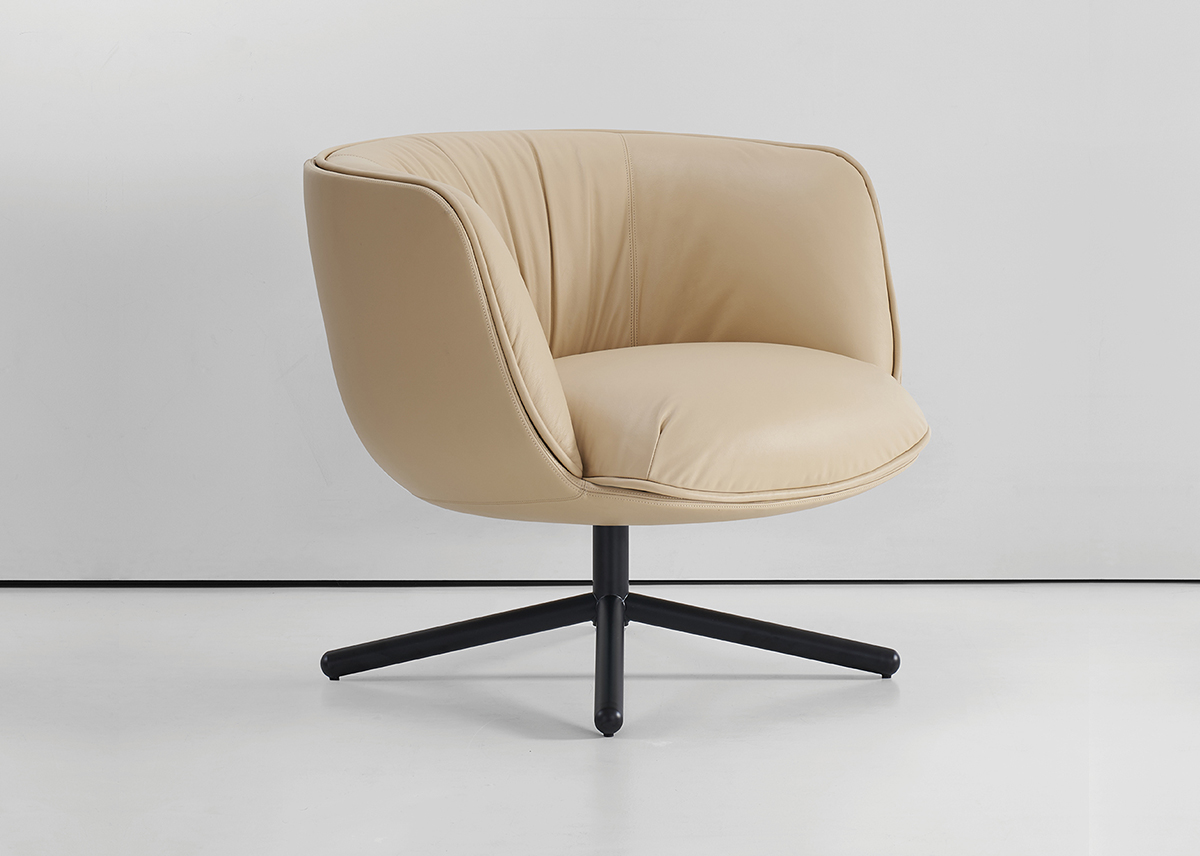 American Design Honors, an annual award to recognize the most noteworthy American designers, was established by Bernhardt Design in 2010. Internationally, Bernhardt Design supports young designer through their sponsorship of the annual Contempo program conceived to advance the design profession in El Salvador, and America Made Me, a program to promote new brands and young American design talent abroad. 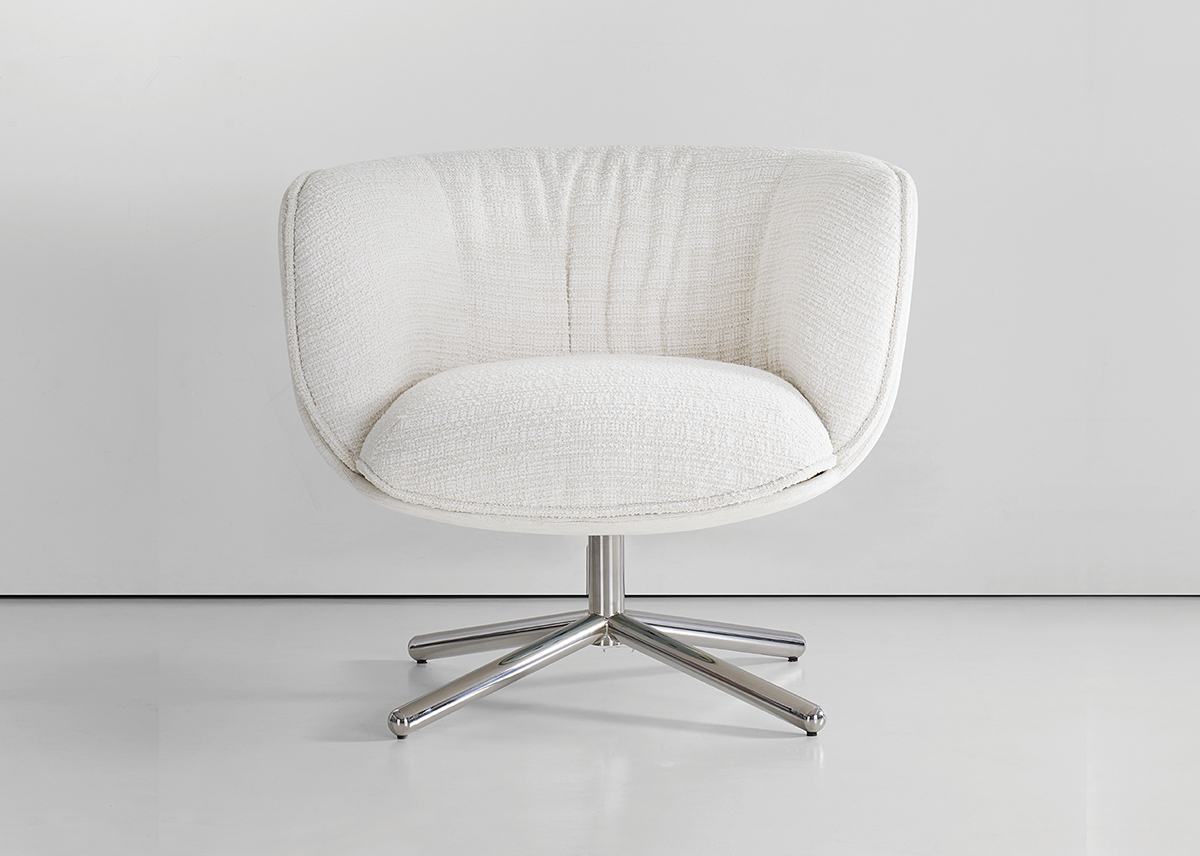